Lula Day will have events in ten countries in America, Europe and Asia 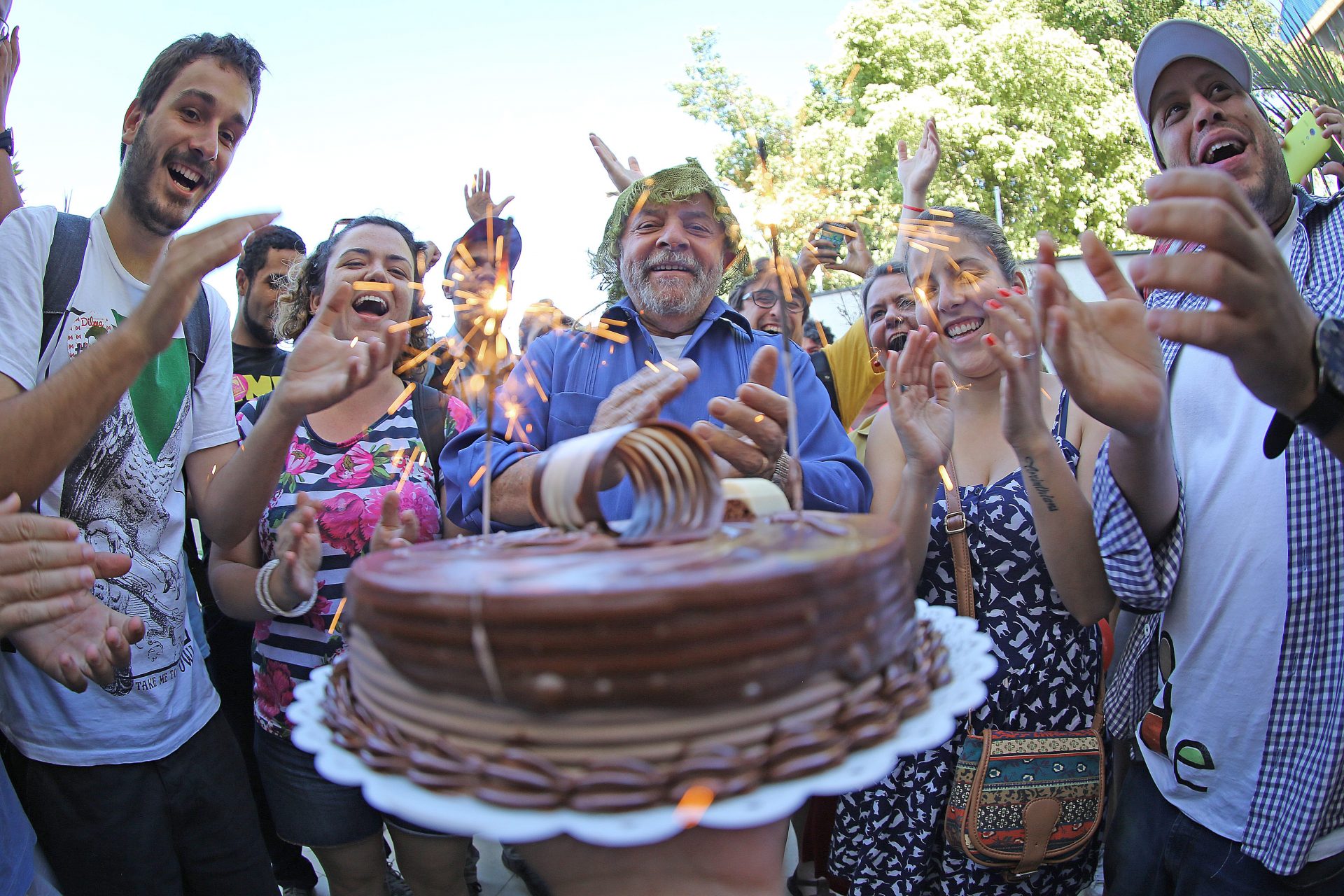 Between October 25 and 27, committees and collectives in defense of Lula da Silva and democracy in Brazil will hold demonstrations and organize events around the world in order to celebrate the ex-president’s birthday, who has been held as a political prisoner since April 2018.

It will be the first edition of ‘Lula Day’, a project inspired by ‘Mandela Day’. The idea is to be at the same time a memory act, a defense of the former president’s innocence and an event to honour annually one of the statesmen who fought most for social justice in the world.

On the 25th, Paris will be opening the celebrations with the “Lula’s Feijoada”, organized by the International Committee for Solidarity with Lula and Defense of Democracy. According to the organizers, the Committee “decided to celebrate Lula’s birthday with Brazil’s most popular dish, appreciated by brazilians from north to south, when meeting friends and family to celebrate life. Behold, we celebrate another year of Lula’s life! Feijoada rhymes with full table, friends, good music. Everything Lula loves”.

The United States will be agitated by Lula Day events in different dates and places: on the 26th in Los Angeles and New York; on the 27th there will be a demonstration in Orlando and the Big Apple will be again the scenery for an event organized by the collectives Brado NY, Alerta NYC and Women of Resistance Abroad. Still in the Americas, the Lula Livre International Committee of North Zone of Buenos Aires (Argentine) prepares a demonstration for the 27th.

The european Lula Livre committees and collectives are also organizing massive demonstrations and events. In England, there will be artistic interventions in London, promoted by the Free Lula Committee UK, and in and Oxford. In Coimbra, Portugal, protesters will gather at Praça 8 de Maio to talk with the local community and clarify why it is urgent to seek justice for Lula da Silva. In Italy, collectives from three cities – Bologna, Verona and Ravenna – will meet at the latest for a demonstration. Rome will have an event hosted by the Italian Lula Livre Committee at Madonna di Loreto Square, in order to “remember that #Resistance continues and Lula’s freedom means the return of Democratic Rule of Law in Brazil”.

Also in Europe, Madrid’s Plaza de la Independencia will host cultural activities scheduled by the Lula Libre Madrid Committee. Signatures will also be collected for the petition requesting the annulment of the trial against the ex president.

In Germany, the Berlin Free Lula Committee organizes the Lula Political Cabaret, with the idea of ​​joining the president’s 74th birthday celebration with coffee, food and artistic interventions, coupled with good conversation. The Deutsche Initiative Lula Livre will also organize a demonstration in the German capital, which includes live music, performances, speeches, snacks, a birthday cake and drinks. Meanwhile in the city of Ulm, southern Germany, there will be a lively act at Hans-und-Sophie-Scholl-Platz which, in addition to interactions with the vigil in Curitiba, will feature a photo exhibition of the Caravana Lula Livre Europa.

Another four events are scheduled for Lula Day, between 26 and 27: In Strasbourg and Paris (France), Brussels (Belgium) and Bodhgaya (India), still without a date.

Giuditta Ribeiro, who organizes the project alongside Gabriela Lima, Carla Pitton and Fernando Carvall, hopes that Lula Day‘s first year will be consolidated as “something that can go beyond a political act. It is celebration, recognition and gratitude. Lula Day is a memorial. ” She adds: “Mandela fought for the civil rights of his people and is, to this day, deservedly recognized on his birthday. Now it is Lula’s turn, for all his legacy in the political history of our country. ”