Lula: “The Car Wash investigation worked as a shadow state” 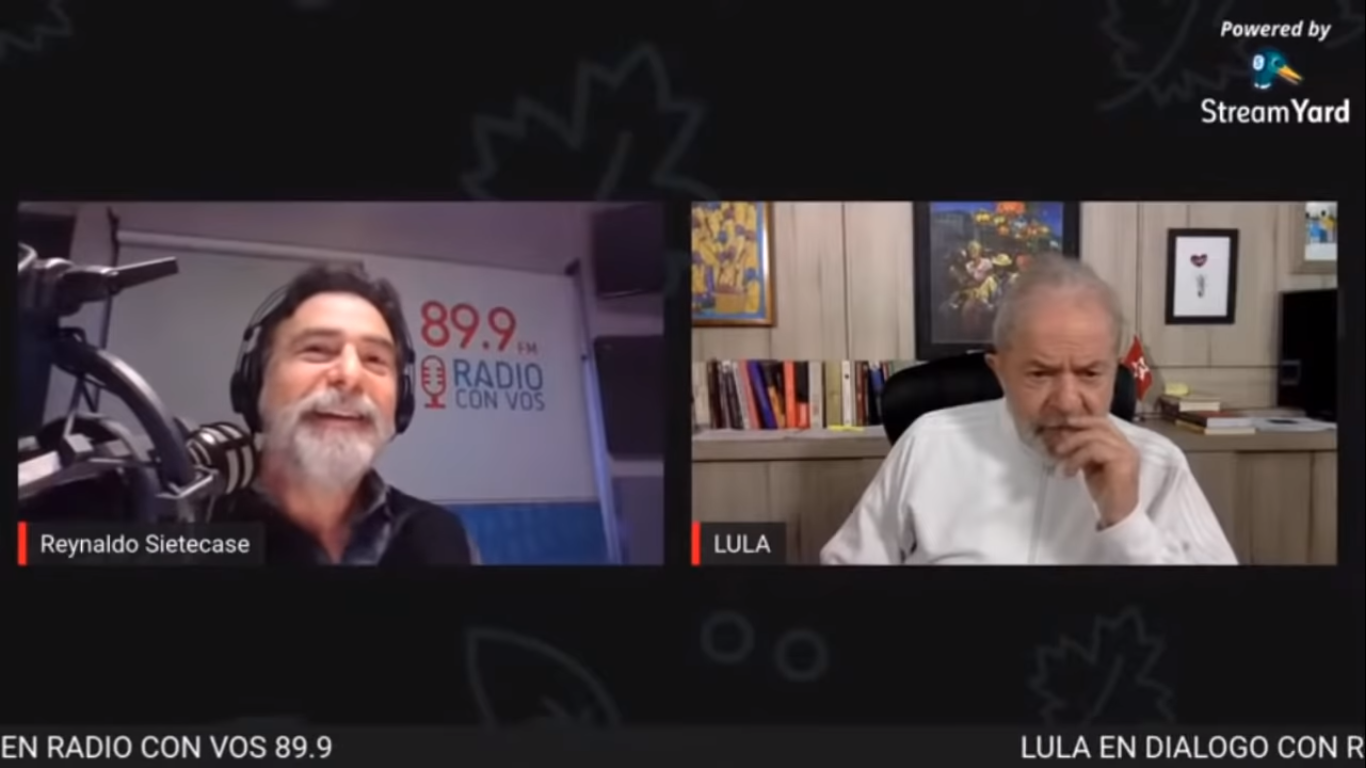 “I am very sorry that Brazil, which lived an exceptional moment during the Workers Party administration, is now dealing with a neofascist government and a liberal policy. It sadly resembles the policies Hitler adopted in Germany and Mussolini in Italy”, has stated Lula, former president of Brazil.

The founder and honorary president of the Worker’s Party speaks of the situation Brazil is going through under Jair Bolsonaro’s administration. “We are reaching 2 million Covid-19 cases in Brazil and we do not have a Health minister. We’ve got a general when we should have been counting on someone who knows medicine”, he said during the chat with Radio con vos.

He charged directly against the current president: “The only thing Bolsonaro knows to do is praise president Trump’s insanities. Bolsonaro is leading the economy somehow the way Macri did in Argentina. But there is a difference between them, Bolsonaro is more ignorant”, he compared.

Lastly, he reminded Bolsonaro tested positive for Covid-19: “[He] said it was a ‘little flu’ and now he has got the virus. When people did not believe in politics, the aftermath in Germany was Hitler and in Brazil was Bolsonaro. It is the consequences of denying politics”, he evaluated.

The union leader turned politician made remarks about the current situation in the United States. “I have never thought that someone who challenges democracy everyday as Trump does would be a US president”.

Car Wash
Sergio Fernando Moro, Brazil’s former minister of Justice, is who has convicted Lula to a nine-year prison sentence, the first time in Brazilian history a former president was criminally convicted. “I could have left Brazil so they would not arrest me, but I went to Curitiba to say that Moro is a liar. It has been proved he followed the US Department of Justice interests”.

Lastly, Lula evaluated the case of Car Wash, an investigation on corruption carried out by the Brazilian Federal Police: “The Car Wash investigation worked as a shadow state that had all the news outlets, television programmes and radios on its side. They spent hours covering the prosecution and minutes covering the defense”. About the political scandal which involves Brazilian conglomerates and elites, he added: “When there is corruption, a fair investigative process must be carried out, with proof that there has been corruption and then those who robbed go to jail. In Latin America they have created the lawfare”.

Check out the interview: