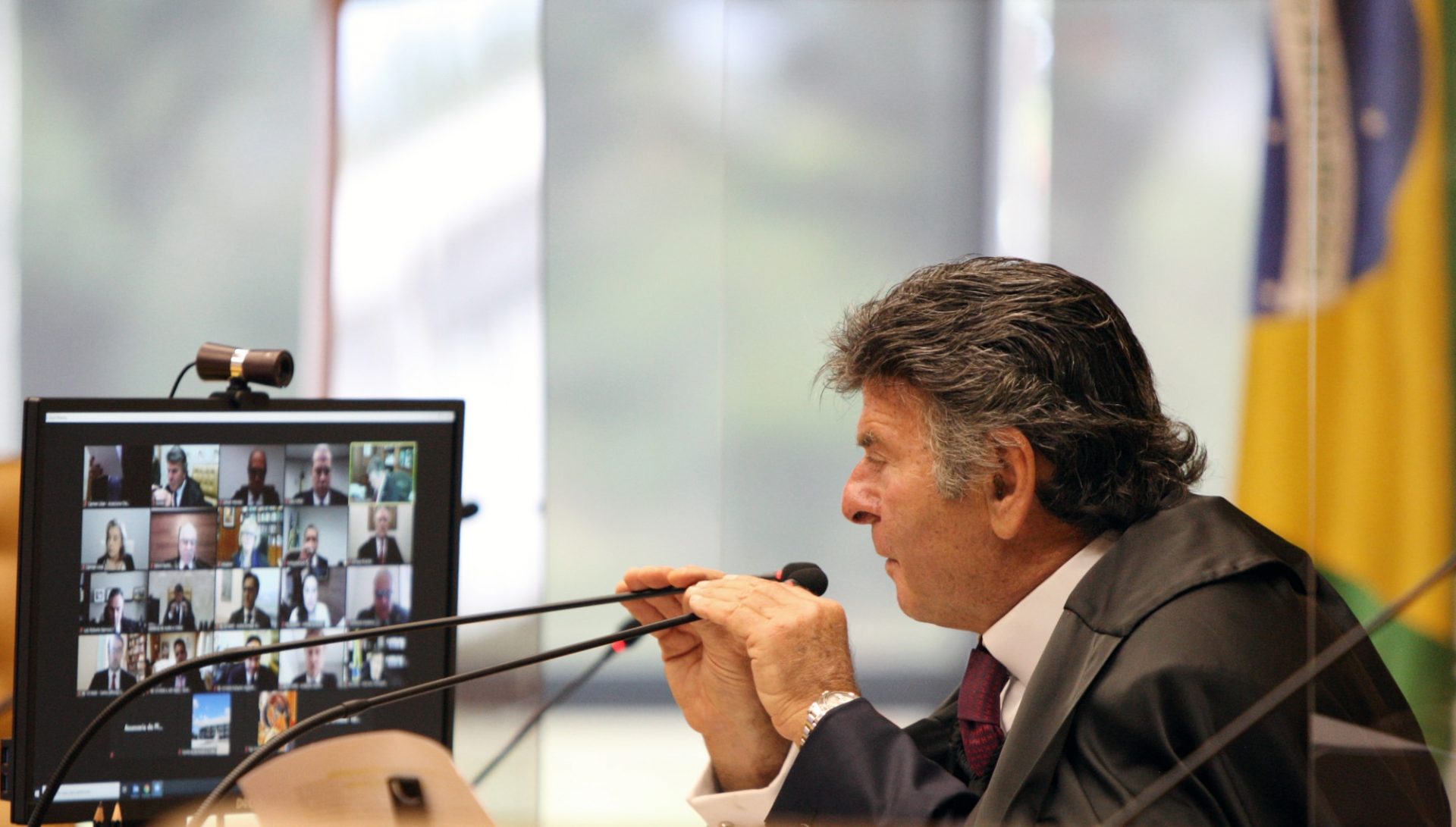 April 23, 2021
The full house of the Supreme Court met virtually yesterday in the afternoon to rule on the habeas corpus petitioned by the defense of ex-president Luiz Inácio Lula da Silva. Photo: Nelson Jr./SCO/STF

By 7 votes to 2, the full house of the Supreme Court (STF) decided by majority, last Thursday 22nd April, to uphold the ruling of the Second Panel which recognized the suspicion of ex-judge Sérgio Moro in the process involving the triplex apartment against Luiz Inácio Lula da Silva.

The validity of the decision of the Second Panel was resumed by the full house from the debate on the loss of object (or not) of the appeal on the suspicion of Mr. Moro. Judge Fachin had since then declared the lack of jurisdiction of the 13th Federal Court of Curitiba – jurisdiction in charge of the ex-federal judge Sérgio Moro – to rule on the Car Wash processes against the ex-president.

Judge Ricardo Lewandowski recalled the illegal proceedings carried out by the Car Wash operation. “What we need to crack down on here are the modus operandi on the part of the Public Prosecutor’s Office and the Judiciary, incompatible with the Rule of Law”, he stated. The judge has also brought up the dismantling of the Brazilian industry and the economic hardships that the misconduct of Car Wash brought to the country in the medium and long term.

In practical terms, the conclusion of the full house that there was no loss of object upholds the suspicion, and confirms the return of the Guarujá apartment process back to the initial analyses from the complaint filed. This is because the “evidence” collected during the process conducted by a judge considered partial and juridically incompetent are automatically annulled.

The habeas corpus on the suspicion of Moro is part of a total of 15 appeals petitioned by the defense of the ex-president which are yet to be ruled once the decision of the Supreme Court granted the permanence of its objects.

Jurisdictional Competence
The session has also established the Federal Justice of the Federal District as the competent forum to rule the lawsuits referring to the triplex apartment in Guarjá, the cottage in Atibaia and the Lula Institute.

The deliberation about the jurisdiction of Lula´s cases has never been present as a technicality. It was rather key for the plot that enabled the juridical persecution against the ex-president.

Even before introducing the complaining, prosecutors of the task-force Car Wash made moves so that cases were attributed to Curitiba, where a conviction of ex-president Lula was guaranteed under any circumstance.

The task-force alleged having a connection between the triplex apartment – which they said belonged to ex-president Lula – to corruption schemes at Patrobras. So far the allegations have not been proven neither during the complaint filed, neither in the conviction sentence that took the ex-president to remain over 500 days behind bars in 2018.

Actions of Moro exposed
To convict Lula, Moro ran over the constitutional guarantees and due process endless times: illegal wiretapping, abuses of authority, coordinated action with the prosecution, curtailment of the right of full defense, selective leaks to the press, violation of the principal of the natural judge and illegal agreements of cooperation with the United States are some of the examples of how an ex-judge (and now ex-minister of the Bolsonaro administration) conducted actions against the ex-president Lula.

Today, Moro´s conduct is exposed. Traditional newspapers such as Le Monde have demonstrated how “the largest anti corruption operation in the history of Brazil has become its largest juridical scandal”, able to create feelings of indignation and shock among the greatest names of the international legal community.

The manipulation of the Brazilian legal system brought harm not only to the citizen Luiz Inácio Lula da Silva, but also to the country.

Brazil actually goes through one of the biggest crisis in its history, and a great part of the causes dates back to Car Wash.

The upholding of the Second Panel´s decision on the suspicion of Moro certainly does not mend, but constitutes a small progress towards the country´s recovery.

For a fair trial in Brazil

Jurists have been denouncing unjust practices against Lula da Silva for two years. How much longer will this last?

Amid Brazil’s tragedy, our hope is the prospect of Bolsonaro’s defeat next year